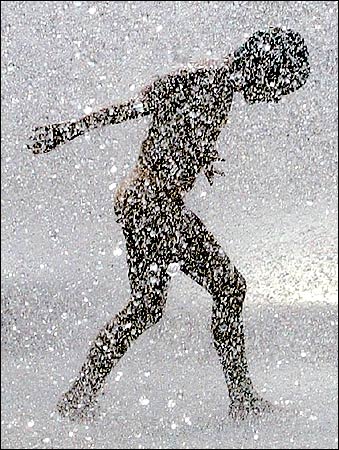 A boy cools off in a public fountain in Munich. Germany has experienced extreme climatic conditions this summer season. 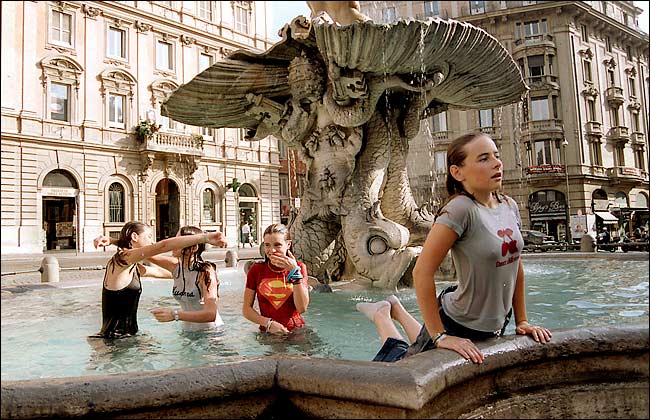 Girls cooled off in Piazza Barberini in Rome. 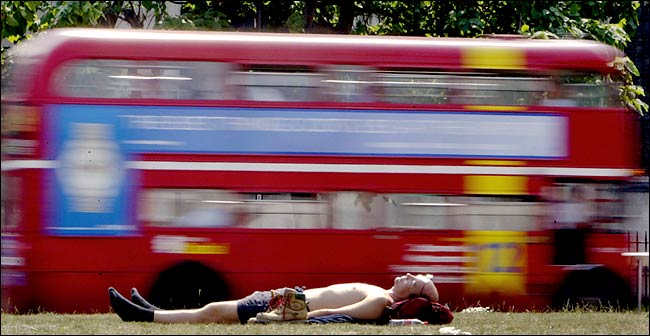 A man sleeps in the sun near the Houses of Parliament in London. Scorching weather has hit Britain this week. 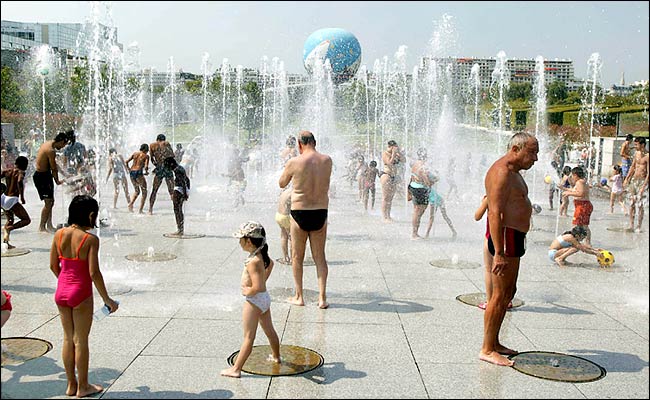 Parisians, young and old, fled the heat for the fountains of André Citroën Park. Drought is devastating farm crops in France.

All Photos and headlines are from the Times. Was reading a story bout how over 5,000 people have died in France from the heat. While Jacques Chirac was on vacation in Quebec, ben sur.

Mostly elderly, who were left alone. Some families are waiting to finish their vacations before coming back to claim the bodies (?!).

I got respect for the elderly, but they are simply closer to death, and death just isn’t fashionable. People leave you to die in your apartment…

I remember a quote that said the measure of civilization is how well it cares for its weak. The elderly, the sick, the disabled. I think that’s a reasonable benchmark. Bad marks for France. Plus their football team sucks.